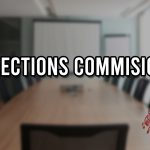 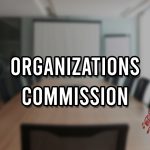 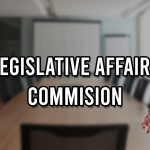 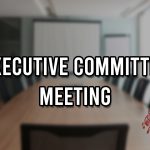 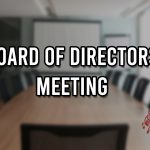 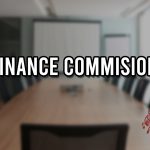 WHEREAS,         the Associated Students, Inc. (ASI) of the California State University, Dominguez Hills (CSUDH) Board of Directors is the official governing body of the students of CSUDH; and

WHEREAS,         Associated Students, Inc.  of California State University, Dominguez Hills is the primary advocate for students at CSUDH and is dedicated to providing services designed to create and enhance a learning-focused campus environment; and

WHEREAS,         it is ASI’s mission to serve, engage, empower and inform CSUDH students about issues that affect our student population; and

WHEREAS,         the Project Rebound Regional Team and Jason Bell, Regional Director of Project Rebound, endorse the replication of this program at California State University, Dominguez Hills; and

WHEREAS,         a program like Project Rebound will provide all the resources such as mentoring, recruitment, tutoring, retention and academic success necessary to empower our students; and

WHEREAS,          Project Rebound at San Francisco State University’s 2016 year-end report shows that 95% of formerly incarcerated people who pursue higher education do not recidivate. This shows that the program alleviates the problem that leads to high rates of recidivism in ways that are cost effective to the State of California and supportive of the empowerment of formerly incarcerated and system impacted communities; and

WHEREAS,         the U.S. accounts for 5% of the world’s population yet houses more than 20% of the incarcerated population of the world3 costing California State tax payers 7.7% of the State budget4; and

WHEREAS,         according to the U.S. Department of Education, congress rendered incarcerated individuals ineligible to receive Pell Grants via a federal crime bill in 1994. In 2015, former President Barack Obama introduced the Second Chance Pell Program that allows incarcerated individuals to apply for student Financial Aid prior to their release in order to take advantage of educational opportunities upon release and pursue a higher education with the goals of gaining employment, supporting their families, and transforming their lives5; now therefore, be it

RESOLVED,        that the Associated Students, Inc. at California State University, Dominguez Hills will support the implementation of Project Rebound to help formerly incarcerated and system impacted students transition into the higher education system and succeed in their respective communities; and be it further

RESOLVED,        that the Associated Students, Inc. at California State University, Dominguez Hills will urge its campus partners to provide foundational resources that support this program’s infrastructure to help recruit students and support their success through admission, retention, advising, and graduation; and be it further

RESOLVED,        that the Associated Students, Inc. at California State University, Dominguez Hills forwards this resolution to the CSUDH Office of the President, Chancellor Timothy White, the California State Student Association (CSSA), the CSU Board of Trustees, the CSUDH Bulletin, the CSUDH Academic Senate, and all CSUDH Student Organizations; and be it further

RESOLVED,        that the Associated Students, Inc. will urge the Office of the Chancellor to uphold and commit to their Inclusive Excellence initiative as stated in the CSU 2017 Fact Book, The CSU strives to create a welcoming environment for all members of the campus communities. This commitment to “inclusive excellence” is manifested in students who make up the most ethnically, economically and academically diverse student body in the nation reaching higher levels of success than ever as completion rates continue to reach all-time highs. The university continues to invest in strategies to close achievement and opportunity gaps for underserved and low-income students. The CSU is an engine for social mobility as its students earn a high-quality education that propels them into a higher economic strata6.